Believe in yourself you can accomplish more than you think you can: Ranjiv Singla 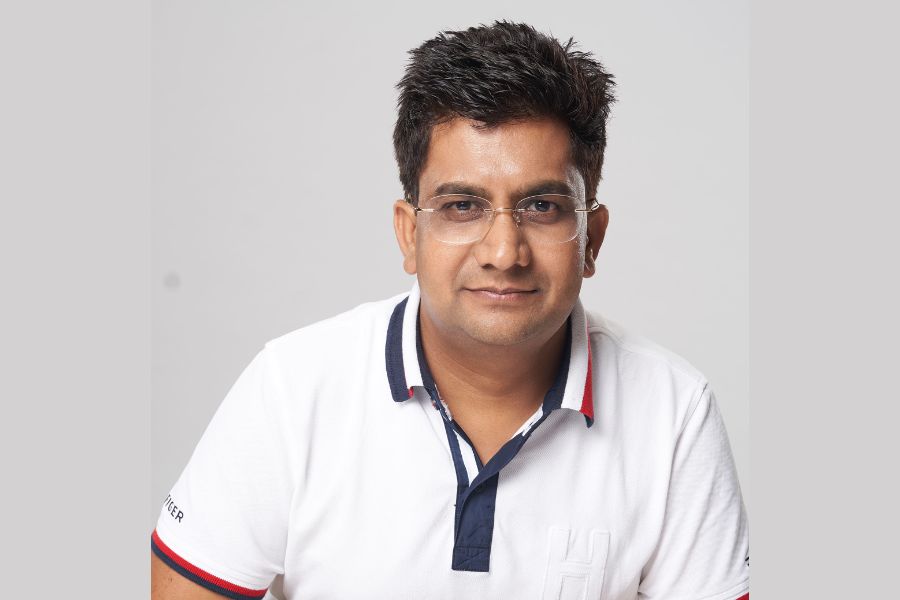 November 08: Punjabi cinema is evolving, and movies are no longer strictly for entertainment. Many films, such as Punjab1984, Subedar Joginder Singh, Sajjan Singh Rang root, Haterz, and Harjeeta, have motivational and inspirational messages that have completely changed the image of Pollywood. The concept, theme, and characters are now well-received by the audience.

Ranjiv Singla is one of the most popular faces and personalities in the Pollywood Industry. Singla is a multi-talented individual who is also a successful businessman and producer. ‘Mindo Taseeldarni,’ ‘Kuriyan Jawan Bapu Pareshaan,’ and Haterz are three of his best films that give the industry a new direction. Ranjiv began his career in the film industry with Ranjiv Singla productions in 2016 where he has launched many successful movies under this production house. Ranjiv Singla began his career with Karamjit Anmol Productions and the fabulous start cast of Lavaan Phere. Which was one of the year’s biggest hits in the Punjabi industry? Coming from the Ganduan small village of District   Sangrur, Punjab. After completing his schooling in the village, he joined the family business. It’s quite interesting that Ranjiv Singla and Punjabi comedian Karamjit Anmol are from the same village, and with Karamjit’s support and love, he was able to enter the field of producing.

After Covid, Ranjiv worked on ”Kuriyan Jawan Bapu Pareshaan”, a one-of-a-kind concept in the industry that depicts the relationship between a father and a daughter from a completely different perspective and was a box-office success that year. In one of his interviews, he said, “It is a very difficult time after the covid because we never made this movie for theatrical release, it was just for YouTube, but I trust the entire team that we can do this and the more important thing is that believing your myself you can accomplish more than you think you can than we realize that in theatres, and audience also gives the love and support to the movie.

After that, he works on the next project ”Haterz” which was released in January, a unique and youth-oriented film that is a huge success. In the interviews, answering the journalist how you choose the concept of the movie, ”Well most of the time I read the script first, but at the time of ” Kuriyan Jawan Bapu Pareshaan”,  I had two cute daughters who I loved the most because our bond is unique and then I felt that why couldn’t we use this concept?”

Ranjiv’s upcoming project is “Ji Wife Ji”, directed by Avtar Singh, which is, a story is totally around the Husband and wife. Believing the concept relation of husband and wife is like a wheel both has to contribute equally to maintain a balance in the relationship.

“Baitullah”: Mukul Madhav Foundation Showcases The Story of Millions Of Child Labourers Through The Eyes of One