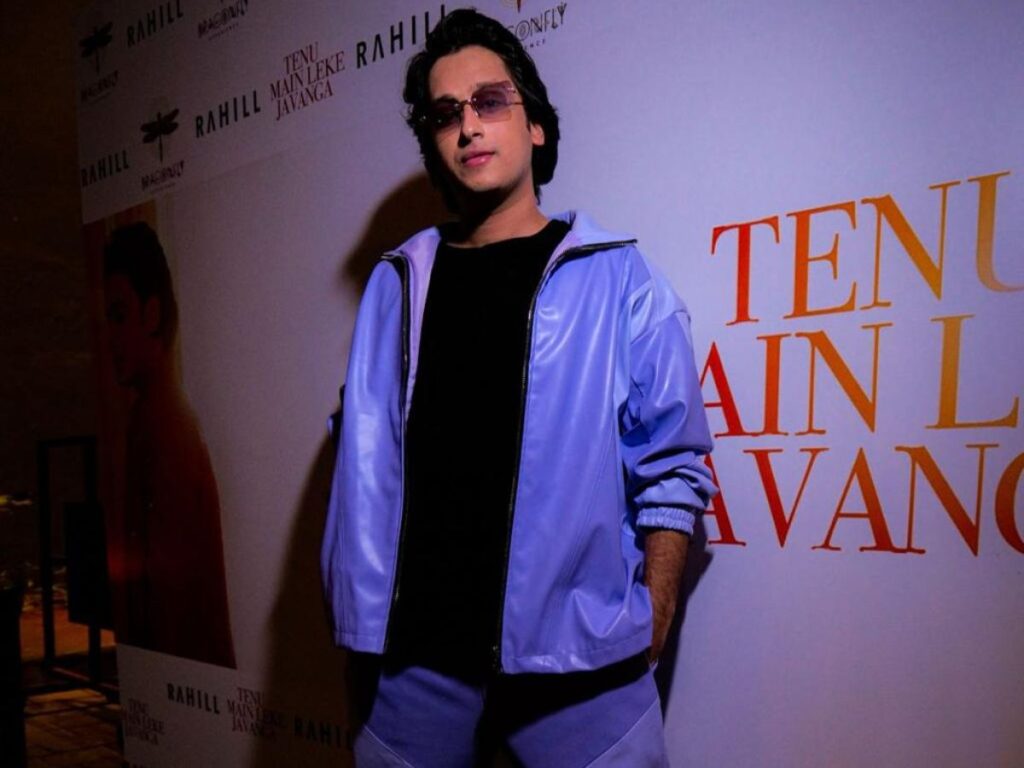 Mumbai (Maharashtra) [India], June 15: Rahill Mehta is known as the ‘First Dancing DJ of The World’. He is quite popular as a dancer and now he has composed his first song ‘Tenu Main Leke Javanga’ which has already became a rage among the listeners. From now on he is also recognised as a music composer with a difference. Recently his first song ‘Tenu Leke Main Javanga’ was released in Mumbai in the presence of many celebrities.

‘Tenu Leke Main Javanga’ is a wedding song in which Rahill Mehta himself can be seen dancing to his own tune. Written by Murtuza Gadiwala, this song has been beautifully sung by Ritwik Talshilkar. The music video has been directed by Shehzaan Khan.

Recently ‘Tenu Main Leke Javanga’ was launched with much funfare in a special event organised in Mumbai. During the launch of the song many film, TV and music related personalities were present who came to celebrate the release of the song. Featured in many tv reality shows and films and a very dear friend of Rahill Mehta, actor Prince Narula specially came to wish Rahill on his special occasion.

Prince Narula expressed his surprise about the musical talent Rahill Mehta possesses. Prince Narula said, “When I first heard ‘Tenu Main Leke Javanga’, I was genuinely surprised. For me, it took sometime to believe that Rahill has composed such a beautiful song. I am very sure that Rahill’s composition and his dancing act in his own music video will be loved by the audiences and the song will be a superhit.”

Interestingly, during any marriage people are more inclined to understand bride’s emotional state of mind as she has to leave her home and her loved ones behind. But what about the groom? What are his thoughts and emotions while he is getting married? Rahill Mehta wanted to explore and present the feelings of the groom, hence he decided to compose this unique wedding song.

Known as a ‘First Dancing DJ of The World’ recognised as a widely popular dancer and now as a music composer too, Rahill Mehta says, “I always try to do something different and ‘Tenu Main Leke Javanga’ is also part of the same process. While creating this song, I was thinking why during marriages everyone focusses on the brides feeling and nobody wants to know what the entire groom might be thinking at such an important juncture of his life. Hence, keeping these thought in my mind, I presented this song from the groom’s perspective.”

Notably, the song after its release within 3 days has garnered more than 3 lakhs views. Rahill Mehta says, “The kind of love I am getting after the release of the song is unbelievable for me. I am really grateful to all the fans for encouraging me this way.”

Link of The Song:

Know the Risks and Dangers Before Investing In Cryptocurrency

Actress Urmila Sharma Says; My new show “Meri Saas Bhoot Hai” of Star Bharat can be the turning point of my life