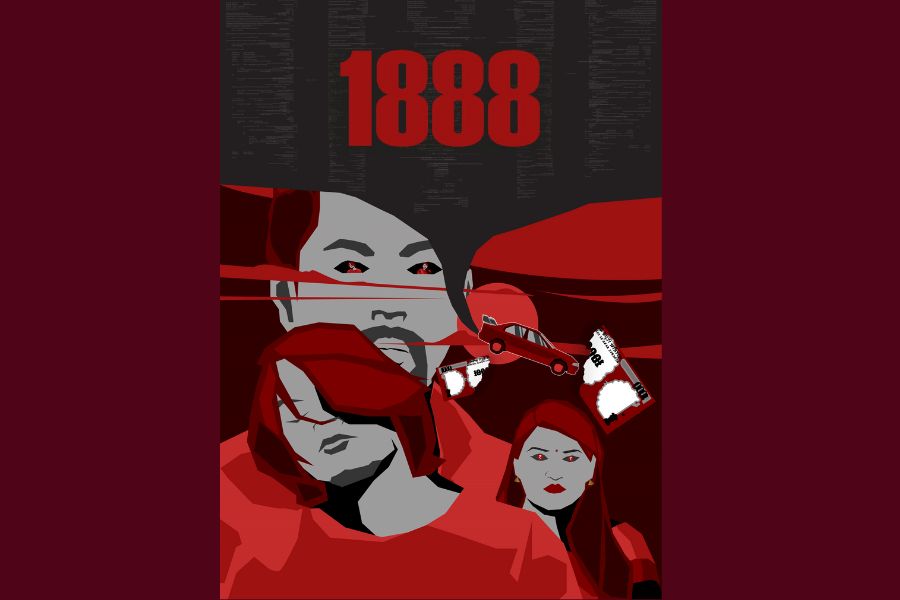 September 7: The experimental Kannada movie 1888 has been making a lot of noise at film festivals all over the world. This interestingly shot Guerrilla film has a very young skeleton crew managing things end-to-end, led by their director, Sourabh Shukla. He is also one of the producers, along with Manju Raj and Lohith DA, both of whom have important roles in the movie. The movie begins with the announcement of demonetization in India, and then three different people come face-to-face. What follows is a cat and mouse game amidst a car journey. Beyond this, Sourabh refuses to reveal any more plotlines because he thinks that’s for the audience to watch and figure out.

This is Sourabh’s debut movie, and the success of this film has given motivation to all those who are engaged in this, but this was not pre-planned or decided. Sourabh says, “This movie was just an experiment to present an interesting story in a unique way to the audience. Though this is a mainstream movie, it has a lot of new elements and is completely shot in guerrilla style, thus giving the film a different feel altogether. I’m pretty confident that this will be a unique cinematic experience for not just the Kannada audience but the Indian audience in general. The subject and the characters are such that anyone in India can relate to them.”

The love and support that the movies have garnered in film festivals all across the world are mind-blowing, and it is indeed a moment of pride, not just for Kannada cinema but Indian cinema as well. In some of these festivals where we were selected and won, the jury members were comprised of Oscar winners.

And the list goes on and on. 1888 in just a few months, seems to have made its mark in the film industry and continues to get appreciation from people and professionals across the world.

The movie 1888 took a lot of time to shoot, and the total time is taken, including pre-production and post-production, was almost five years. The primary reason was that no production house was willing to take the risk of backing it apart from the losses due to COVID. The makers were hell-bent on completing this project as per their vision and, with backing from their friends and team, have managed to come up with something genuinely different. Sourabh and his team have literally worked day and night, virtually putting in their sweat and blood, considering that the action sequences were also choreographed by the lead actors, Manju and Prathap, apart from the director, Sourabh himself. During this journey, they learnt a lot, something that will stay for a lifetime, and their failures only helped them get the best version of the movie today.

Sourabh recalls the initial days and says, “Few big names in the movie industry loved the subject and whatever they saw in the movie, but were hesitant to back it except for our lead Neethu, who despite being a well-established actress believed in the infant team and supported us from the start. Later renowned names like Adhvithi Shetty and Raghu Ramappa joined and supported us as well.”

Sourabh aims to make a documentary someday and probably helm a project like a web series or another feature fiction if the subject excites him. In the past, Sourabh has already made a couple of short films and documentaries. That he is a film enthusiast and is extremely passionate about cinema is reflected in 1888, but the success of this movie has fuelled his desire to contribute more to Kannada cinema.

When he was asked about his inspiration, he said, “My inspiration is the multi-talented late actor-director Shankar Nag, who made the cult serial Malgudi Days, the iconic movie Accident, and he also won an award for his brilliant performance in Ondanondu Kaladalli. He was a visionary and someone who pioneered the Guerrilla filmmaking style, which we employed completely for 1888.”

We again quizzed Sourabh more about the puzzling title – “1888”. He tries his best to avoid it but just about reveals that the movie has multiple layers, and so does the title, 1888.

Actress Urmila Sharma Says; My new show “Meri Saas Bhoot Hai” of Star Bharat can be the turning point of my life