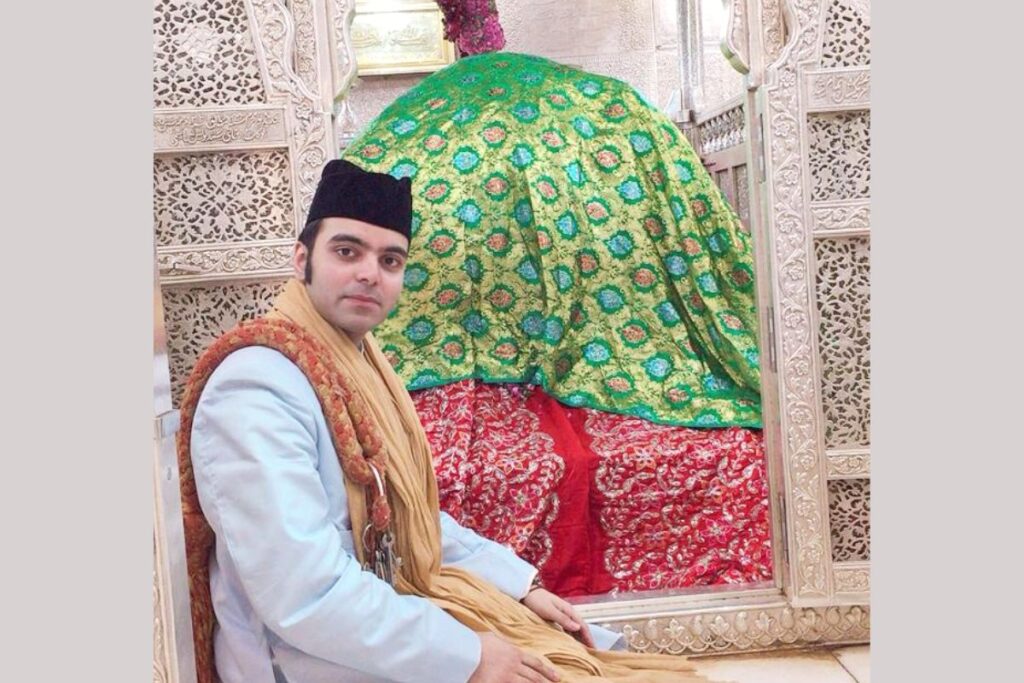 Syed Ali Abbas Gurdezi was born on 25 March 1998 among the ‘Syed-ul-Saddat,’ and Gurdezi Family of Ajmer Sharif ’ Whose lineage goes back to the Holy Prophet of Islam HAZRAT SYED MOHAMMAD (S.A.W).

Syed Ali Abbas Gurdezi 26th Generation Gaddi-Nashin / Khadim / Key Holder of The Holy Shrine Dargah Sharif of HAZRAT KHAWAJA SYED MOINUDDIN HASSAN CHISHTY R.A. Whose Blessed Shrine’s Keys have been passed on to the present family of Gaddi-Nashins from Generation to Generation for the last 800 years. They have been Doing Their Khidmat Rituals (Service) in Darbar Sharif for the Past 800 Years.

They are also known as Khuddam, Mujavers, Syed Sahab, Gaddi Nashins, etc. By The Devotees (Mureeds) and Pilgrims (Zahireen). Pilgrims Who Visit Dargah Sharif to Perform Ziarat at the Holy Shrine and Pour all kinds of offerings (Nazar) upon them in the name of Khwaja Moinuddin Chishti (R.A)

The Mazar-e-Aqdas (Holy Tomb), Aastana e Aaliya Dargah Sharif of Hazrat Khwaja Garib Nawaz (R.A.) always remained under the custody and care of the Khadim community from the very beginning, which proves that they are the Custodians (Khadim, Gaddi Nashin) of the Holy Shrine (Mazar-e-Aqdas) in the true sense of the word. All the Rituals & Traditions (Rasam) of the Mazar-e-Aqdas (Holy Shrine) are performed by Khadims alone.

The keys of the Holy Shrine have been in the custody of the Khadims since inception according to our Ancestors’ centuries-old Kalid Baridari system. They are the Hereditary Key Holder of Dargah Sharif Ajmer.

Only the Khadims have the Privilege to open The Door (after giving Azaan at the doorstep of the Shrine) & close the doors of the Holy Shrine for Centuries in Religious & Hereditary Capacity.

Khadims are the only ones entitled to take Zaireen (Pilgrims) for Ziarat (Darshan) at the Holy Shrine, and they have the right to receive all kinds of Nazar & Niyaz (offerings) at the Holy Shrine (Mazar-e-Aqdas) of Huzoor Khwaja Gharib Nawaz (R.A.).

Already giving up on your new year’s resolutions? Here is a one-stop solution